Often when the NQT year is discussed, there is much talk of ‘surviving’- rarely of ‘thriving’- and for me this is an area of permanent confliction. As someone who mentors and supports NQTs, I obviously want you to thrive, but at the same time, for some teachers at some schools, the NQT year really is about survival.

For me, it was about survival. Cold hard survival.

Spoiler alert: This blog does not get positive until part 2. It is not however, meant as a horror story but rather as an experience you can learn from. If nothing, it will likely give you a sense of solace from knowing that a) you are not alone and perhaps most importantly, b) that you will not be the same you throughout your career. For the better, of course.

It’s also worth noting that after 13 years and 4 schools, I’m still in the game, still teaching full time.

Myself and around 20 other NQTs all started at the same time at this massive school with 2500 pupils. We bonded, socialised and camaraderie was good from the get-go. All of us were keen and enthusiastic, eager to meet our classes, plan our lessons and get stuck in. My own flat, fun work colleagues and a solid career: 25-year-old me was content.

Unfortunately, it wasn’t long before our enthusiasm was swiftly replaced with disillusionment. Behaviour at the school was appalling. We had low-level disruption, high-level disruption, defiance, gross defiance, you name it- it was in our classrooms. The training sessions would tell us the usual, you know, count down to three when you want silence, or wait for silence etc.

None of it worked for shit.

In fact, it wasn’t unusual to wait for 40 minutes and still not get silence. There was no behaviour system to speak of so setting a meaningful detention was pretty much out of the question. The most we could do was send for the on call member of SLT who would restore order then leave, only for the disruption to continue upon their departure. To add insult to injury, all of the behaviour INSETs for NQTs were pretty much covert teacher blaming workshops. ‘Pupils misbehave because they’re bored,’ they’d say. ‘Pupils behave for teachers who show them that they care,’ they’d say. (Yeah- because all 20 of us became teachers because we don’t give a shit?!)

It was common at these meetings for teachers to cry and even walk out. The senior mentor tried to be supportive but it was clear that the issue was beyond her and our responsibility.

It has to be said that in hindsight I know full well I didn’t do everything properly. I’d shout. I’d go from 0-60 in 2 seconds. I’d scream detention . . . detention . . .  DETENTION! I faffed around too much at the start of my lessons which could’ve been more engaging. On the other hand, however, while the NQT meetings were bad, whole school union meetings were way worse. You know how at your school only 10-15 people actually bother coming to union meetings? This was definitely not the case. Union meetings resembled staff briefings in size and all staff were very vocally disgruntled over the same thing: Behaviour and the unwillingness (or inability?) of SLT to manage it.

The workload, the constant disruption with no consequence, the inability to actually teach a proper lesson to perhaps half of my classes eventually took its toll on my physical and mental health. I’d wake up suddenly in the night or early morning, often dreaming of rats (it is said that rat-dreams are stress related) and the tension in my neck was unbearable. I even developed alopecia barbae (a stress related condition I had to google when I noticed random, perfectly round, coin-sized bald patches appearing in my beard). I even recall ringing the Belgravia Hair Loss Centre during a free period to find out what was wrong with me. It was hell.

My colleague- also a stressed NQT- at the end of a long day would say: ‘Omar, you always look so solemn. You sure you’re ok mate?’ (in her thick and hospitable yam-yam accent). I’d rub my eyes and say: ‘I’m leaving. That’s all there is to it. I’m fuckin’ leaving.’ But I couldn’t leave. It was my first real job and I was only a few weeks in. And surely all schools are like this?

On the home front things were not too great either. As I wanted to save for a house from the get-go, the flat I rented was very cheap and the building was full of many unsavoury characters. I kept my head down when coming and going and just minded my own business, always thinking just another £5k and I’m out.  Until one Thursday evening.

From the flat above, I could hear a bass track which wouldn’t quit. The same song played repeatedly from around 2am onwards and there was an extended pause every time it finished as if deliberately to make me think it would stop. But it didn’t. No matter how much tissue I stuffed in my ears (does anyone ever have ear plugs on standby?) I could hear the thumbing bass- beating the shit out of my wellbeing.  I had a full teaching day the following day and I couldn’t sleep.

Eventually I snapped and decided enough was enough. Against my better judgment I decided to make my way to the upstairs flat and confront these delinquents. (Probably guaranteeing myself a physical assault). And that’s when my nightmares came true.

As soon as I put the key in the door, a big massive rat -the size of a kitten- came scurrying across the kitchen, ran over my foot and into the bathroom. Words cannot describe my reaction so I’m not even going to bother trying. There was actually a rat in my kitchen and I didn’t know what to do. I remember lying in bed in shock, neither asleep nor awake, wondering what I did to deserve this. I couldn’t sleep. There was a rat in my flat. There were holes in my beard. I couldn’t control my classes. Life was monumentally shit.  (When I was 14 I wrapped up an empty box telling my little sister I have a present for her. She opened it and cried. I laughed. What goes around eh?)

My first NQT observation was due so naturally I was bricking it. Had I a choice, I wouldn’t have been comfortable being observed with any of my groups, but me and my mentor, (who was probably a saving grace throughout much of this- more on this later) negotiated one of the better groups. Turns out my mentor was absent on the day of the obs, so I was observed by a member of SLT- one of few with any ‘presence.’ The kids didn’t misbehave at all, made progress and the Deputy Head was happy. I was happy. What a relief! As it turned out however, my mentor still needed to observe me along with the senior mentor so I still had to be observed again . . . the following week! This time with a group who wouldn’t behave for anyone- let alone me.

While I felt confident because I knew I could do it under the right conditions, I still knew that luck was on my side for the first obs. This time then, I was even more worried about behaviour.

Someone must’ve been praying for me (probably my new rat flatmate) as when it came to the observation, pupil behaviour was immaculate. I was beyond chuffed and I thought I was on to a winner. But guess what? I got through my lesson plan far too quickly as there was no disruption and pupils finished everything with lots of time remaining. I was stuck for activities, didn’t have the ability to blag, and the pupils ended up not doing much for a significant amount of time. The lesson fell apart spectacularly. 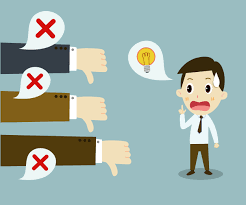 The feedback was awful; the senior mentor let me have it with both barrels. (Unethically so, as I can now say as a mentor myself). Insinuations of failing the year were made, the word ‘inadequate’ and ‘grade 4’ were used several times. I remember the words clearly: ‘I’d be very worried if I got a 4.’ They stuck to me like a motherfucker. All of this despite my good observation only the week before. I feebly argued that I couldn’t normally get through that much content because of poor behaviour, but it didn’t wash. I was pretty much proclaimed a shit teacher. (She also drew my attention to the stain on my wall indicating that I should do something about it. Really.)

The next week was half-term and I spent it walking around Birmingham city centre, chain-smoking and occasionally trying on a vintage leather jacket, looking in the mirror being distracted by the holes in my beard.

I was convinced my career was over. . .

Teacher; Author:  The Unofficial Teacher’s Manual: What they don’t teach you in training and Bad School Leadership (and what to do about it)